During Micro μ festival 7, a special tribute entitled «Minorities, Roma, Intercultural Education». is implemented through the Operational Program "Human Resources Development, Education and Lifelong Learning" and is co-financed by the European Union (European Social Fund) and Greek national funds. Its co-funded projects deal mostly with the improvement of education and employment in Greece. Its main targets relate to the development and promotion of human resources skills, activities against unemployment, strengthen social cohesion and social inclusion of vulnerable social groups, improvement of the quality of education & lifelong learning, awareness on environmental education, linking education with the labor market.

The tribute «Minorities, Roma, Intercultural Education» is implemented as part of the anniversary events for the 60 years of the European Social Fund.

The tribute includes the screening of five short films on the topic made by Greek and foreign filmmakers as well as a live discussion entitled: “ Using differentness as power of personal and social growth”.

The short films that will be presented are the following:«Yes! You May» by Mahhesh More , «I am a Roma Doctor- Carmen» by Anelise Sălan , «Love Stories» by Paola Suhonen , «Why» by Katerina Sigala and «Firaq» by Kalli Zifou.

The screening will take place in all the cities of the festival on Saturday, October 14, 2017, immediately after the main screening , during the voting.

The second phase of the action, will include organizing a round table with invited artists, social scientists and young minority members who have excelled professionally in this critical era. The discussion will take place on Tuesday, October 10, 2017, at 14:00 after the 7th Micro μ Festival Press Conference at the Michael Cacoyannis Foundation (Piraeus 206, Tavros). 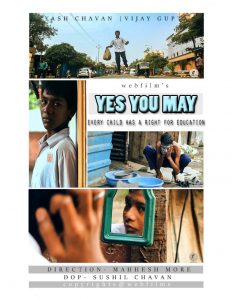 The film describes the effort of joining a young child in a different social class school environment in India.

I AM A ROMA DOCTOR 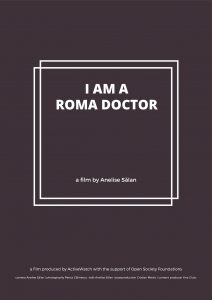 Synopsis Carmen is a fresh graduate of Dental Medicine School at the University of Medicine in Iași, Romania. Her academic results promoted her to become a Roma Health Scholarship Program fellow. Carmen’s story is one of the five personal stories presented in the documentary project I Am a Roma Doctor. 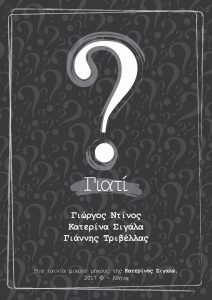 More or less people judge people rather than their actions. Àlienation can kneel a soul. A «wealthy» household with «poor» souls can bring loneliness and pain. No one is looking for excuses but just for understanding.

Ten million people form the largest ethnic minority in the European Union; The Roma people. Several political parties, having won the EU election, are now demanding restrictions on the right of free movement. Love, however, is universal. It has no boundaries and it cannot be restrained. We asked the Roma people of Helsinki to share the greatest love story they have experienced. 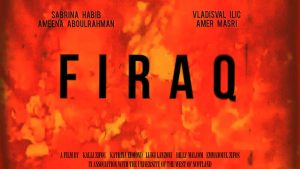 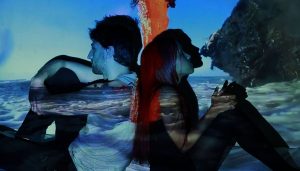 A couple of Syrians are present in their last moments together because they have no financial means to seek both shelters away from their country.